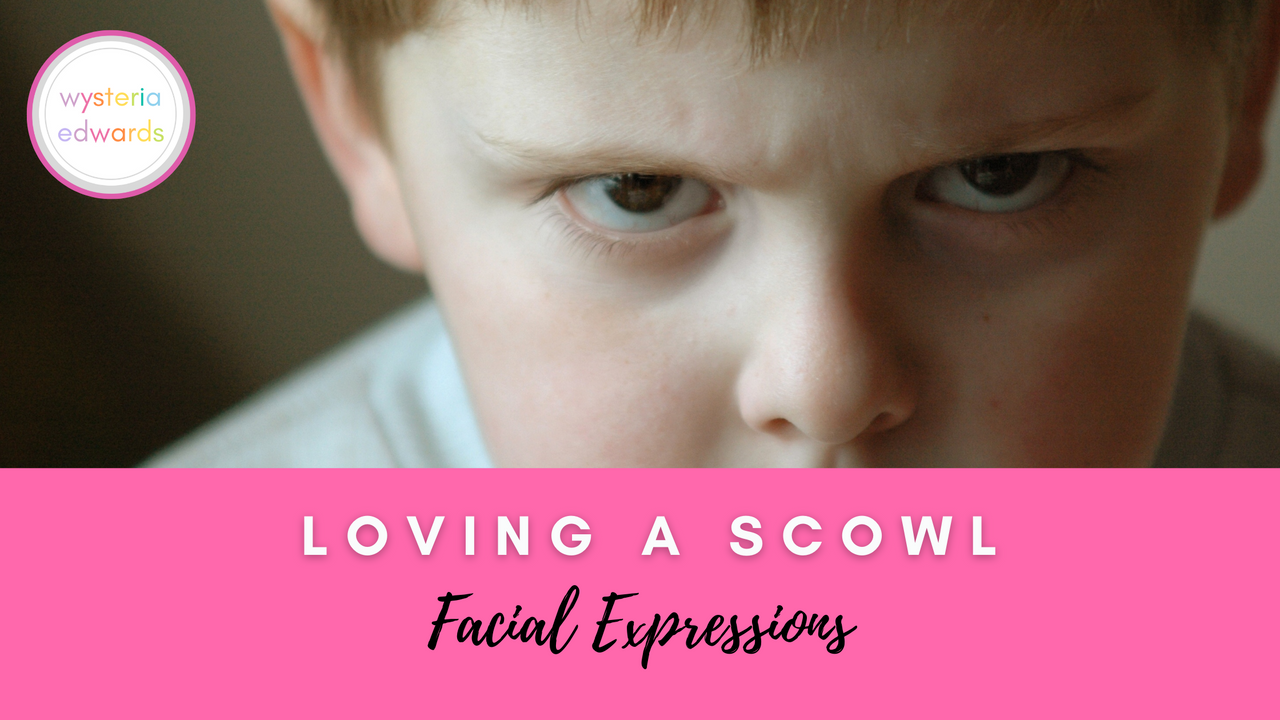 Children are often unaware of what's communicated by facial expressions. I added a mirror to our Safe Place in the classroom with pictures of children making different faces to display emotion. Many children haven't practiced identifying emotions and attaching words to them. If you or I grew up in chaotic or unstable environments, emotions might be a difficult topic for us, too. Children will often dissociate from hard feelings if they're left alone with sadness or confusion. Through our caregiver's attention (attunement), we grow the ability to recognize emotions and read facial expressions.

Several years ago, I had a boy in my classroom, Edward, who scowled at me every time I spoke to him. Now, I have thick skin, but it annoyed me after a while. I recognized that it was triggering the ambivalent child in me, who used to look for any sign of trouble or emotional distress. Understanding where the annoyances come from is half the battle. You realize that although it's never fun to have someone scowling at you, it helps you make a plan that is less centered on your own discomfort and on what you can build up in the child. When we sit with a child's feelings (even with discomfort), you demonstrate you're a wise adult who will help them.

When I felt calm and relaxed during Reading Groups, I took a moment to speak with him alone.

"Edward, do you know what a scowl is?"

Shaking his head, he kept his eyes down and began picking at his hands. If he could've melted into the carpet, he would have, as any conversation was painful for him.

"Can I show you what a scowl looks like?" I asked him, and he looked up at me. I demonstrated it to him, and he tipped his head to stare at me in confusion. "I noticed that whenever you talk to me, you scowl at me. Why do you think that is?" He shrugged his shoulders. "Great," I thought, "This is going nowhere."

I've learned that you must trust that your work matters in moments like the one with Edward, even though you may be getting a KER-THUNK reaction. I placed my hand in front of my face and moved it up and down like a mime. My hand revealed my face in a smile. Then, I displayed a scowl the opposite way. As I proceeded to do this in front of him, he seemed to gain confidence and joined me as we showed our biggest grimaces and smiles. When I laughed at it, he stopped cautiously,

"I'm not laughing at you. I'm laughing because it's funny to see your different faces, but I like your smile best." He looked down into his lap.

"Which face of mine did you like best?" He shrugged again. KER-THUNK! He was a hard sell.

I excused him from the table, and then I remembered the pre-Kindergarten conference with his mom and dad. It all made sense!

When I asked them to tell me what made their son special, you could've cut the silence with a knife. They both glanced over at him as if seeing him for the first time. There are six children in his family, with him smack in the middle.

"I guess he's a good boy," his mother replied.

My heart broke. He was an invisible, lost boy. They might as well take him off to Neverland with Peter Pan because no one would notice his absence. Lost in a group of people who were supposed to know his heart but didn't. I wish I could say it's rare, but I would be lying. Children are often lost in the same room as their parents but emotionally unattended and unseen.

We grow up in homes in which the food finds the table, the money finds the college funds, and the family even finds church on Sunday, but somehow our hearts remain undiscovered by the two people we most need to know us-our parents.

I choose to have uncomfortable moments where they shrug their shoulders, and I hear a thousand KER-THUNKS from my best efforts. Every child will eventually be won over by love. Some will let you know; others will hide it from you. But never doubt that it will eventually sink in.

When our paths cross today, he waits to catch my eye and scowls, but then a smile stretches across his face. It's an action that whispers to me,

"Do you remember when we had to fix this? You saw me, Mrs. Edwards. This smile is because you showed me I mattered."

Who would have ever thought I would grow to love a scowl?

Get the latest updates in your inbox and exclusive updates. 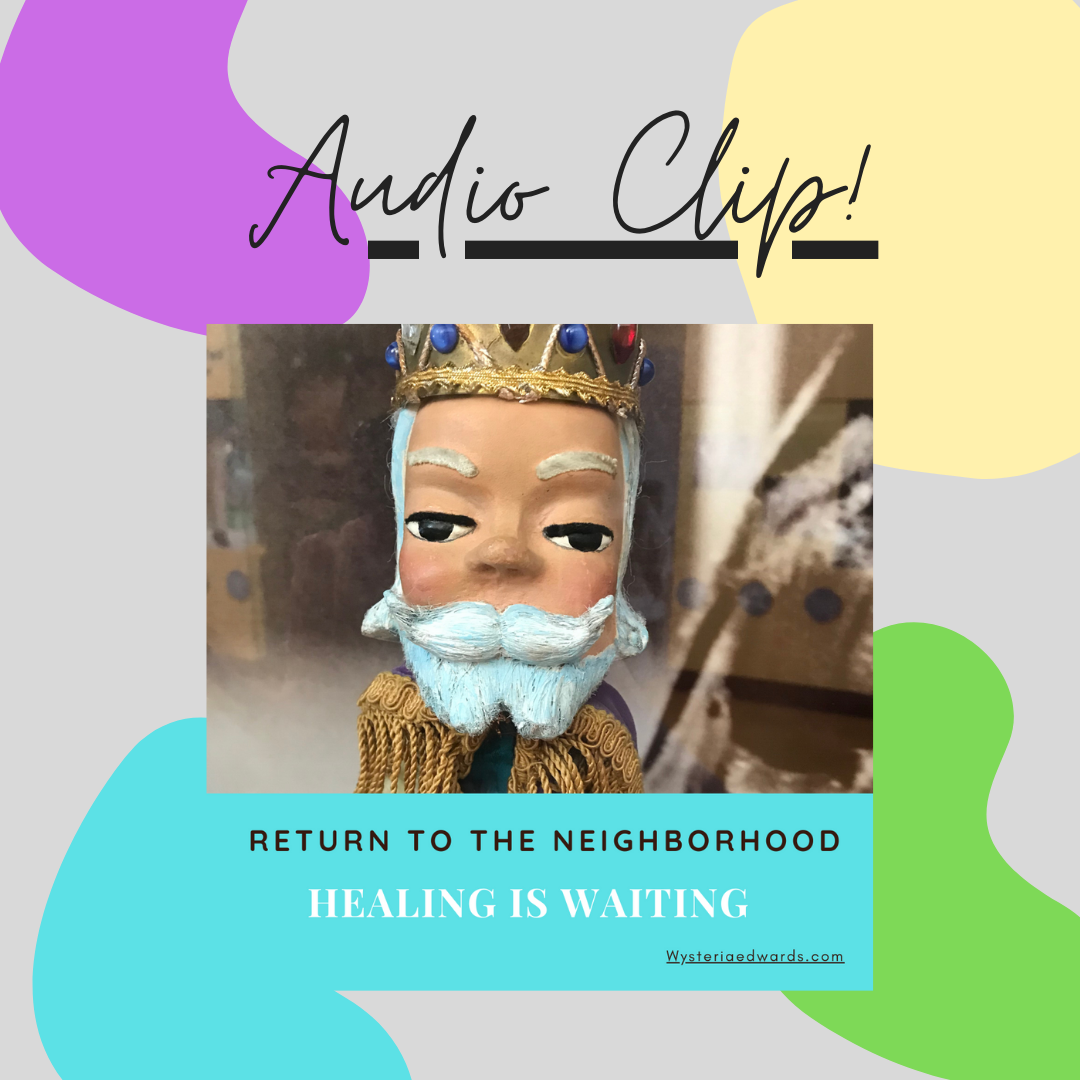 Welcome to Simple and Deep!

Enjoy a FREE audio clip of my upcoming book,

Waiting for Mister Rogers, which releases this fall from Morgan James Publishing